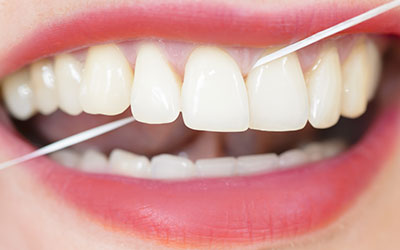 About the Author: Joyce Hoffman is one of the world’s top 10 stroke bloggers according to the Medical News Today. You can find the original post and other blogs Joyce Wrote in https://stroketales.blogspot.com/ 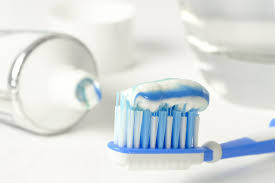 When I started to research oral care–brushing and flossing–for stroke, I found advice all over the world. But first a little background on how I was reacting to oral care when I had the stroke and even after, until I read the literature on mouth hygiene.

I didn’t think oral care mattered, and because I was so f’ed up from the stroke, I tended not to brush my teeth and floss if fatigue had already set in. It happened 11 years ago, random times, at least twice a month, until this research began to sink in. Now I think different and so might you, in post-stroke care and even in pre-stroke care of, as the Urban Dictionary says, that pie hole!

In the U.S., a Finnish-inspired study published by the Journal of the American Heart Association found that bacteria commonly seen in parts of the mouth migrated to the brains of people who had an ischemic stroke between 2013 and 2017.

With an ischemic stroke, caused by a blockage in a blood vessel in the brain, 59 people in the study had streptococci normally found in the mouth that can inspire infections in the bloodstream.

The research professor in the Department of Oral Medicine at Carolinas Medical Center in Charlotte, North Carolina, Dr. Peter B. Lockhart, said, “We now know that bacteria exist throughout the body, including in the blood,” [previously thought to be sterile].

In the reverse, Web MD says, in an article by Karen Pallarito, says, “Adults with gum disease may be twice as likely as people with healthy gums to suffer a stroke.” I was stunned.

In a recent study, it was 1.9 times, 2.1 times and 2.2 times higher for people with mild, moderate and severe gum disease, respectively. The conclusion? People who neglect their teeth are also less likely to go to the doctor for any type of medical risk. They simply don’t want to know.

In the European Stroke Journal, there appears to be an association between poor oral hygiene and increased risk of aspiration pneumonia – a leading cause of mortality post-stroke.

“Oral care tends to be of poor quality and delegated to the least qualified members of the caring team. Nursing staff often work in a pressured environment where other aspects of clinical care take priority.” From a social perspective, with bad breath, one is more likely to be overlooked.

In the European Union, the cost of dental care is expected to go up significantly. So people would be more likely to skip the dentist’s office, especially for older people with a fixed income.

For example, in the UK stroke is the third most common cause of death and ranks #1 in people with severe disability. Stroke costs the National Health Service (NHS) as well as the economy 7 billion a year. So we’re talking a lot of people.

In a recent study, the UK found these patients who often experience depression, anxiety, and fatigue to be less compliant with oral hygiene needs. Stroke, the study went on to say, sometimes results in confusion and the inability to recognise a toothbrush or floss in the early months.

The National Clinical Guidelines for Stroke in Australia emphasize the need for mouth hygiene following a stroke and the need for staff to be cognizant of the fact. Managing oral health post stroke is necessary, the guidelines go on to say, “and there is a need for an appropriate integrated oral care service in Australia.”

In Japan, a recent study found that tooth loss was related to stroke including not only ischemic but also hemorrhagic ones as well.

“It may be concluded that the association between stroke and tooth loss can be explained by common stroke risk factors associated with lifestyle such as hypertension, diabetes, smoking and alcohol intake.”

In addition, the key issue addressed in this study is determining whether dental treatment for tooth loss can be associated in preventing a second and more recurrent strokes. The jury is still out on that one. But with fewer teeth and ignoring dental visits, my mind is made up. What else can it be!

To conclude, watch this video to know my opinion! It might have been created before you were born! The 50s jingle goes like this: